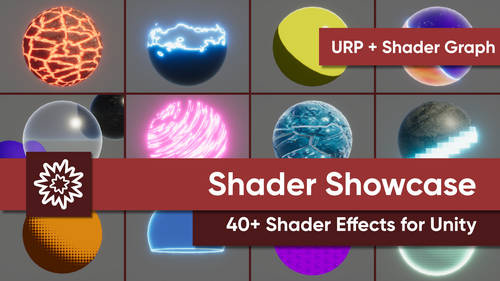 Do you like waves? I hope so, because that was one of the effects included in Wave 1. Now, hold on to your hats because Wave 2 is coming to a Unity Editor near you! Featuring all-new effects such as Gooch Shading, Space Nebula, and Heat Distortion, as well as a complete set of sprite-based effects!

With this update, there are now over 40 effects in the pack. I'll be adding more shaders in waves in the future, so keep your eyes peeled. Oh, and I've made a little video featuring the shaders in this wave if you want to briefly see them in action.

The price of the pack is now $2, because I noticed PayPal took literally over 50% of your money when it cost $1 due to flat fees. What a bunch of thieves. I believe $2 is a very fair price for what you get!

Here are the new effects:

A varied collection of shaders for Unity